Do you know a man named KAWANABE KYOSAI?

“The late Edo to Meiji period painter Kawanabe Kyosai（1831-1889）loved to draw from infancy.

He is said to have made sketches of a captured frog at the age of three.

At the age of seven he began studying under the ukiyo-e artist Utagawa Kuniyoshi（1798 – 1861）, and at under the Surugadai Kano school, finishing his studies at the young age of 19.

He went to study on his own such traditional Japanese painting styles as those of the Tosa and Maruyama-Shijo schools, while also learning ukiyo-e and Western painting methods.

Kyosai was so immersed in drawing that he earned the nickname “Ga-ki”, literally painting demon.

As the Edo shogunate collapsed and society became embroiled in massive upheaval, he turned to depicting current events with his inimitable painting prowess and rebellious spirit.”

“Josiah Conder（1852 – 1920）, the English architect who built the Rokumeikan, became one of his students and was granted the art name Kyoei.

Kyosai was the first Japanese person to have his obituary printed in an overseas journal, the french newspaper Le Figaro.

These episodes and others show how highly regarded Kyosai was at the time in both Japan and elsewhere.

Today, Kyosai’s work and his life as an artist continue to fascinate people worldwide.”

I was struck by his sumie! 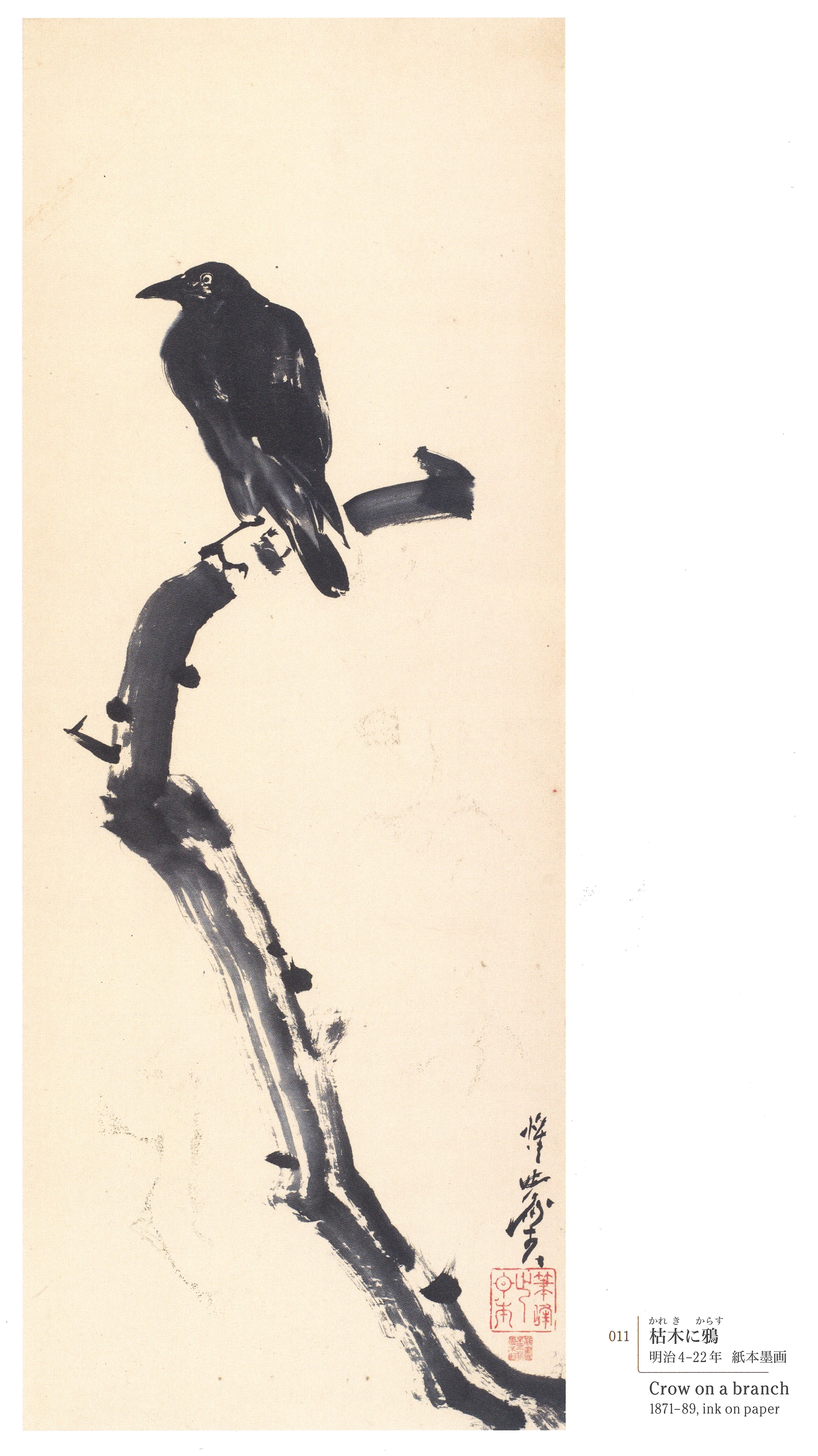 “In 1881, the Second Domestic Industrial Exposition was held ; for the first time since his imprisonment, Kyosai was invited to take part and showed four paintings, including “Crow on a withered branch.

When the exhibition committee said that 100yen was too expensive for a crow, Kyosai replied that it was not the price of crow but of his 50years of work.

When the confectioner Eitaro offered 100yen, both exhibition committee and Kyosai himself were much surprised.

Kyosai tried to return the money, but Eitaro insisted on the purchase.

Eitaro’s shop still has the painting of the crow.

This crow was awarded the second prize（there was no first prize winner）”.

- a folding fan - I drew an ink painting of foldi

- Merry Christmas - As a personal matter, on th